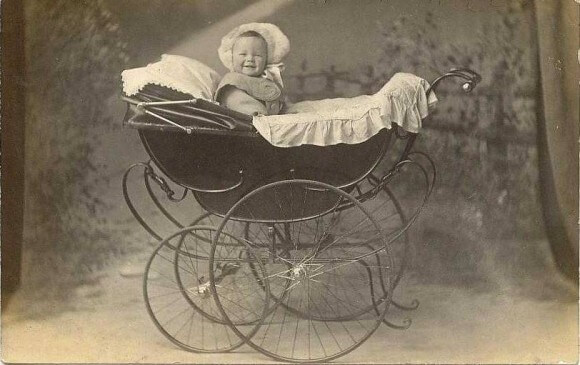 I was recently quoted in The Stir’s “ Baby Showers for Second (Or Third) Pregnancies: Good Idea or Greedy?.” I thought the comments on the post were especially interesting because many of them were from moms who had had second showers. They viewed it as a celebration of a baby to come, and shouldn’t each child be celebrated?

But I’ve heard the other side before as well: from invitees who viewed a second shower as another event requiring a gift when there are so many events requiring gifts these days. It can feel expensive to be a good friend sometimes.

I think it might be easy to dismiss these invitees as people who are looking at the event from the wrong angle. But in fact, there’s historical precedent to this view. Showers, unlike weddings, were developed solely for the purpose of giving gifts. That’s why today you might see registries listed on baby and bridal shower invitations — because that’s their purpose — but it’s still considered a no-no on wedding invitations, which is about witnessing a union.

There were all sorts of celebrations of babies in the past, but the word “shower” was first used for a bridal shower, not a baby shower. The story goes that a bride-to-be’s father disapproved of her fiance, so he refused to offer a dowry. (I might have to write another post just about dowries.) So the bride would have something to bring to the union, her friends decided to “shower” her with gifts — little items placed into a parasol so they literally rained down when she opened the parasol. I assume there was nothing breakable in there.

There are many similar stories out there, but the earliest version of what appears to be the modern bridal shower took place in the 17th century in the Netherlands, according to I Do! I Do! From the Veil to the Vows–How Classic Wedding Traditions Came to Be by Susan Waggoner.

Eventually showers were held to celebrate babies as well. But before they became “showers, in the Victorian Age, these events were typically teas hosted after the baby was born where little games were played. 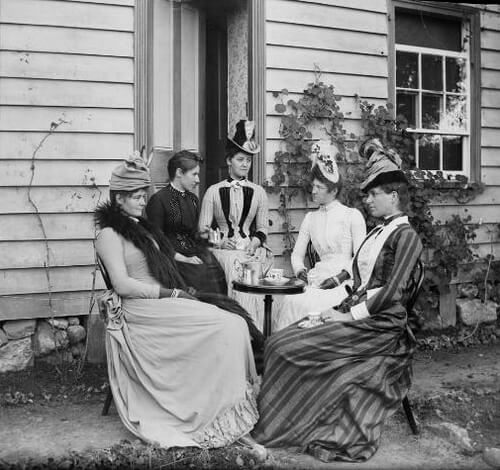 Don’t these Victorian ladies look like a ton of fun? At least their hats are fantastic.

In the early 1900s, these teas morphed into baby showers with gifts. Gifts tended to be handmade, until the 1950s when we switched to primarily store-bought gifts because showers became more of a way to ease the economic burden of caring for a new baby.

Because showers have a history of being gift-focused and gifts have become more expensive over the years, not all potential guests are going to be thrilled about attending a baby shower for a second baby. In fact, in the past, second baby showers were discouraged, but they seem to be coming into fashion today. Peoples situations have changed. Sometimes many years go by before the first and second child and all those baby items are long gone or perhaps a mother is having twins the second time around.

My advice: Whoever hosts the party should invite only the folks who will be thrilled for you, like family members and close friends. Call it a “sprinkle,” which indicates it’s smaller than a “shower,” and emphasize the celebration part, not the gift-giving part. Personally, I’d refrain from listing a registry on an invitation, and in general, expect gifts to be smaller.

Photos via Mental Floss and Thiophene_Guy

The Few Occasions You Can Text a Thank You