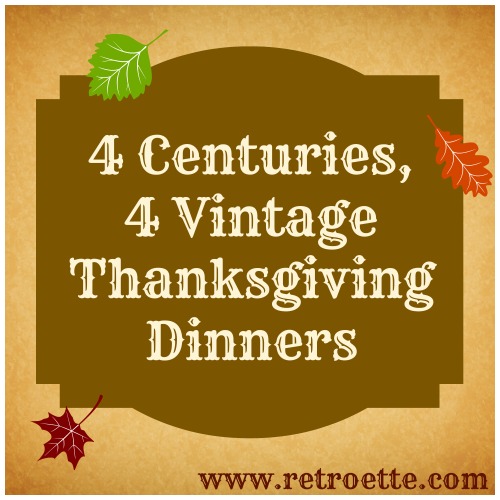 It’s that gorge-yourself-until-you-can’t-move time of year again! So let’s look at how our ancestors gorged through the years at their Thanksgivings.

We don’t have the exact menu of the very first Thanksgiving in 1621, but scholars have made educated guesses. We do know pilgrims were sent on a “fowling mission,” so wild turkey might have been on the table; however, the main entree of the meal was likely seafood as it was plentiful at the time. And no sweet potato casseroles for our settlers — or any potatoes at all as potatoes hadn’t made their way to the New World yet. 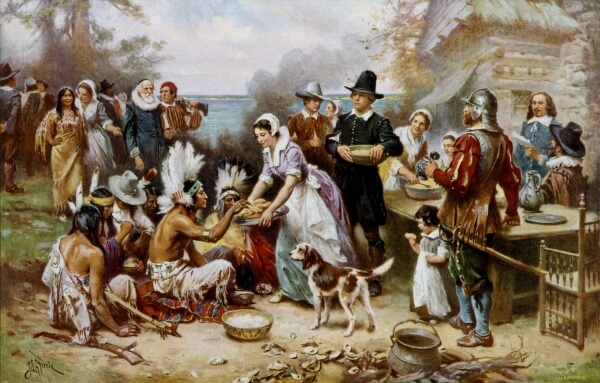 Here’s what what was likely the first American Thanksgiving meal, which was not called “Thanksgiving” at the time but was instead a harvest feast.

Mussels with Curds, Lobster, Bass, Clams and Oysters
Turkey, Ducks, Geese and Swans flavored with Herbs, Onions or Nuts
Deer, maybe made into stew
Onions, Beans, Lettuce, Spinach, Cabbage, Carrots and perhaps Peas
Porridge made from corn, maybe sweetened with molasses
Blueberries, Plums, Grapes, Gooseberries, Raspberries and Cranberries but none were sweetened as sugar was in low supply
Pumpkin Custard roasted in Gourds

Check out those creative precursurs to stuffing and pumpkin pie!

In 1789 President George Washington made a Thanksgiving Proclamation, designating November 26 as “a day of public thanksgiving and prayer.” At this time, it was in thanks for gaining independence and wasn’t intended to mimic the celebration of our settlers. As it turns out, many days of thanksgiving have been declared in our early history.

It wasn’t a national holiday with an uppercase “T” yet or uniformly celebrated or even necessarily associated with feasting. It was more of a religious observance. Quite frankly, it’s really, really hard to find a Thanksgiving menu during this ENTIRE century. It appears that a celebration called “Harvest Home,” which was a custom New Englanders brought from England, resembles our Thanksgiving more so than most thanksgivings of the time period.

But I did come across this thanksgiving meal that was written in a 1779 letter — though some scholars question its authenticity. 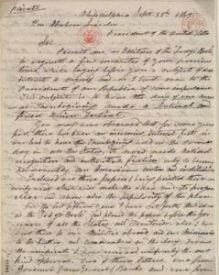 At the beginning of the 19th century, Thanksgiving was fading as a tradition at all. But thanks to Sarah Josepha Hale’s campaign, Abraham Lincoln declared Thanksgiving a national holiday in 1863, and we’re back in business! (Her letter to Lincoln about Thanksgiving is pictured.) This time, the settlers were looked to for inspiration on how to celebrate.

Still no sweet potatoes but clearly a heavy French influence. And puff balls are a type of mushroom, btw.

This one appeared in my republication of 1904’s The Good Housekeeping Hostess: Entertaining for All Seasons and Occasions, Described in Detail by a Group of Accomplished Entertainers.

There are very specific instructions for this recommended menu, like dinner cards should be on birch bark and the ladies may wear “Pilgrim fashion.”

I’m confused why you would start eating sandwiches after all that roast meat.

What have you noticed?

The Basics for Hosting Thanksgiving Dinner