You Have No Idea How Interesting 1903 Is 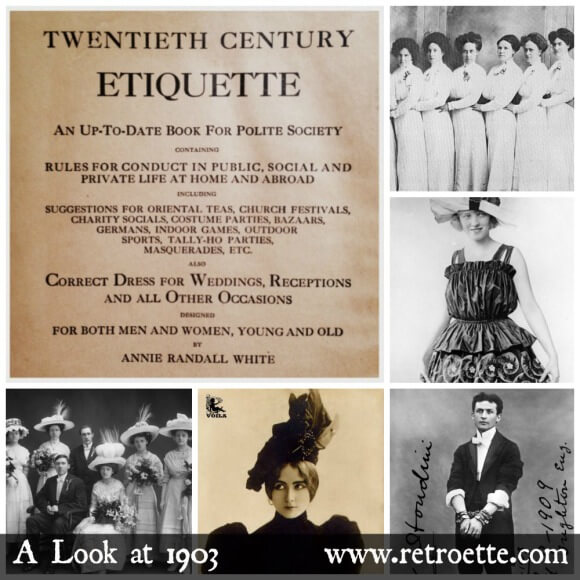 My 1903 edition of Twentieth Century Etiquette by Annie Randall White is falling apart — the pages are so fragile that the edges crumble when thumbing through the book — but I love it. 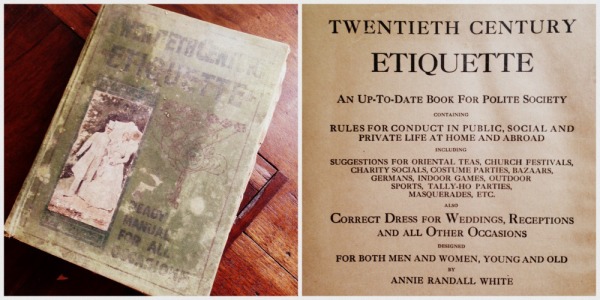 Partly because it may have the longest subtitle in all the land.

And the chapters range from “Graceful Development of the Body,” with subsections on overcoming imperfections and developing the chest, to “The Language of the Hand,” which is an entire chapter devoted to reading palms.

So we’re going to take a look at 1903 to put the etiquette advice in context.

We’ll start off with something pretty. Here we have a gown made of silk, metallic and glass (!). It’s French and was made some time between 1901–5 and is on display at the Metropolitan Museum of Art. 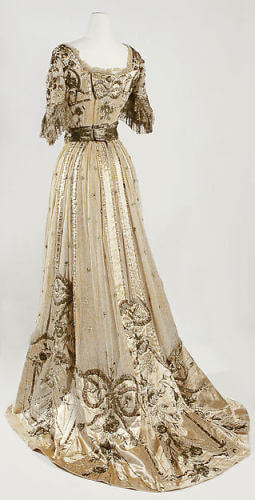 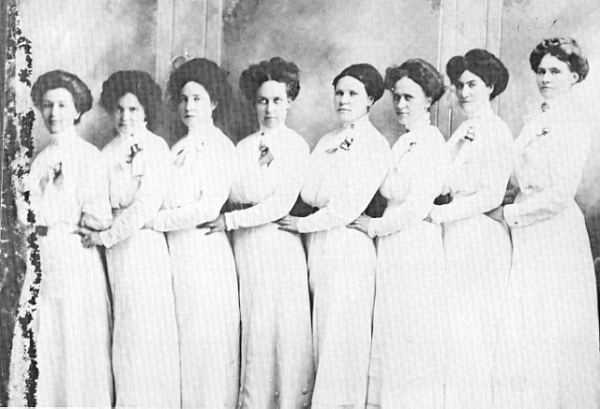 Here’s a swimsuit of rubberized taffeta and silk applications, circa 1905. It looks like it was designed to drag you to a watery death. 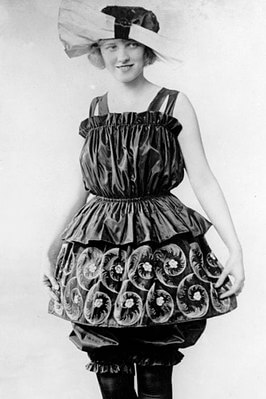 And I don’t want to leave the men out, so here is an array of men’s fashion of the times. This one is dated 1908. 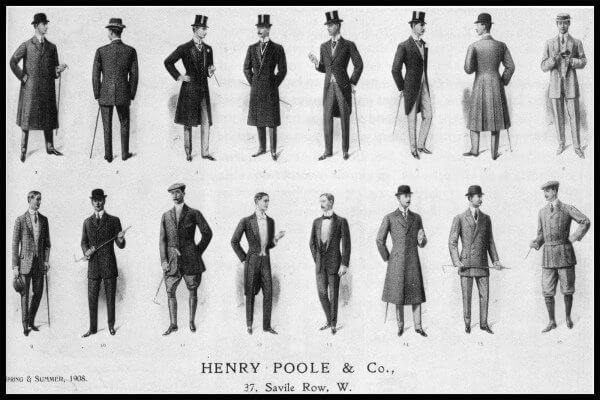 Because weddings are a special interest of mine, they get a special section.

Here’s an awesome wedding photo of “a pretty poor Irish family,” according to the person who posted it, circa 1903 in Pittsburgh. The hats! OMG! I’m in love with them! 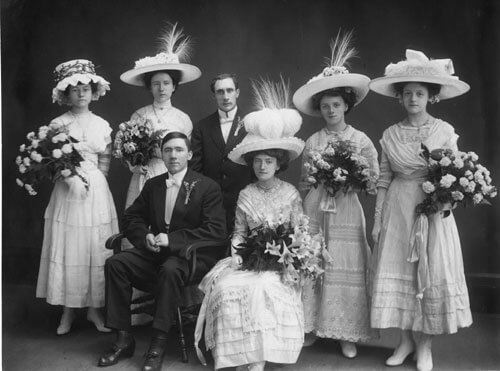 And here’s a fancy royal wedding gown worn by Queen Alice of Battenberg in 1903. 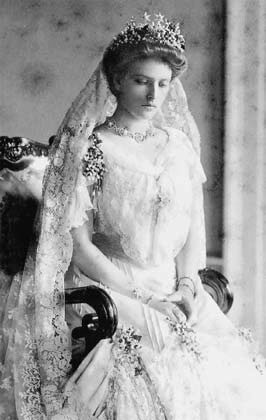 And a familiar face: Albert Einstein and his first wife Mileva Maric, married January 1903. Multiple images on Google search caption this their wedding photo. She was a physicist and met Einstein when they were both students at Zurich Polytechnic. 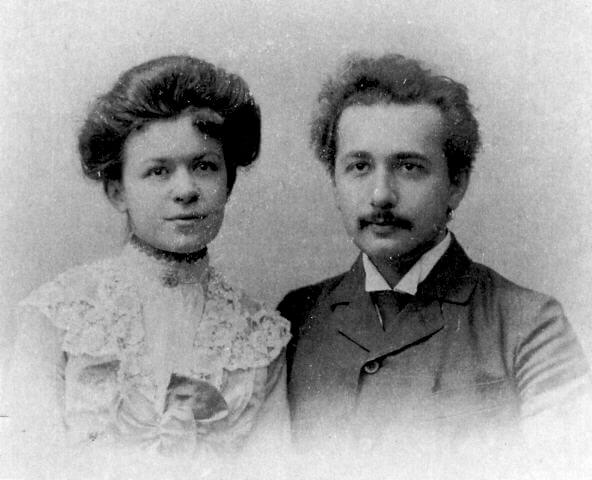 Harry Houdini was a thing. 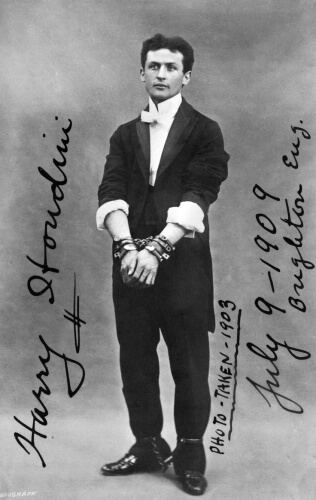 Marie Curie became the first woman to win a Nobel Prize in 1903. This is her Nobel Prize portrait. (Two female physicists in one post!) 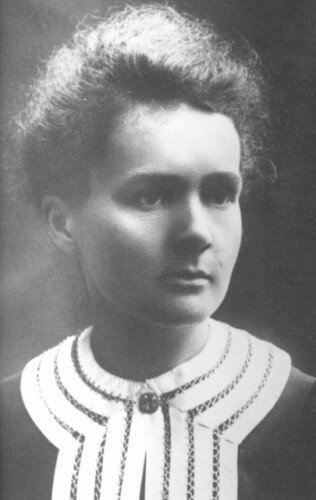 And Cleo de Merode was a world-renowned French dancer, known even more for her glamour. 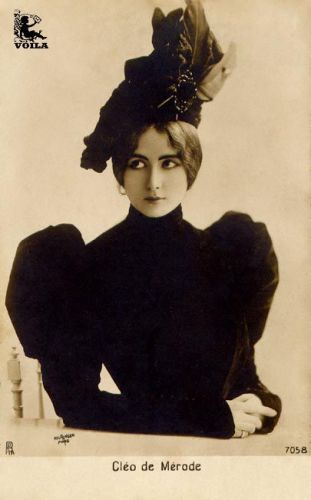 Now we return to my vintage etiquette book. I wonder if author Annie Randall White was unusual for her day. I was surprised to come across this quote in it.

“There is no gain-saying the fact that women from the moment they enter society until they depart from this ‘vale of tears’ are hemmed in and restrained, and if we may use the word, watched.”

In truth, I thought there would be more examples of ridiculous advice than I found in my book, but most of it was pretty level-headed, though the lengthy chapter on palmistry is awfully odd. It contains this:

“Thick fingers, if short, indicate selfishness, especially if full at the base; they show, also, that the possessor has a fondness for eating and drinking.”

But then she says this, which seems very forward-thinking.

“It takes a very superior woman to be an old maid.”

I might continue to do these peeks at a year. Got any year requests?