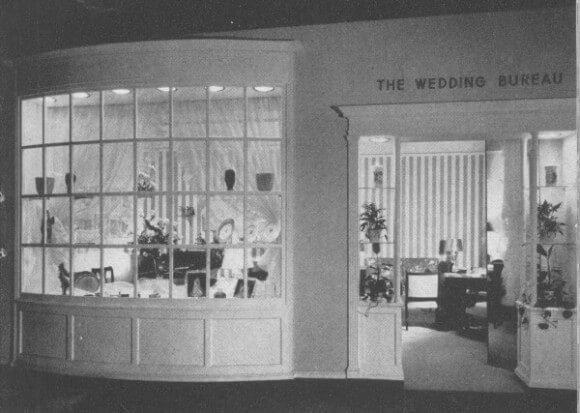 The very first registry began in 1901 in Minnesota when a clerk decided to keep tabs on an engaged couple’s gifts to avoid duplicates, according to Susan Waggoner’s book I Do! I Do!

But nearly every online source will tell you we have Chicago-based Marshall Field’s department store to thank for the registry, which they began in 1924.

Marshall Field’s (now Macy’s) was an upscale department store founded in 1852 and presented its different departments as separate, specialized boutiques, hence “The Wedding Bureau” above, which sounds like a super-official, very bizarre government agency.

My guess: The very first, perhaps little-known, wedding registry began in 1901, but Marshall Field’s popularized and formalized the process.

The Day We Used Every Single Item Received from Our Registry

How Not to Be Rude on an Airplane →