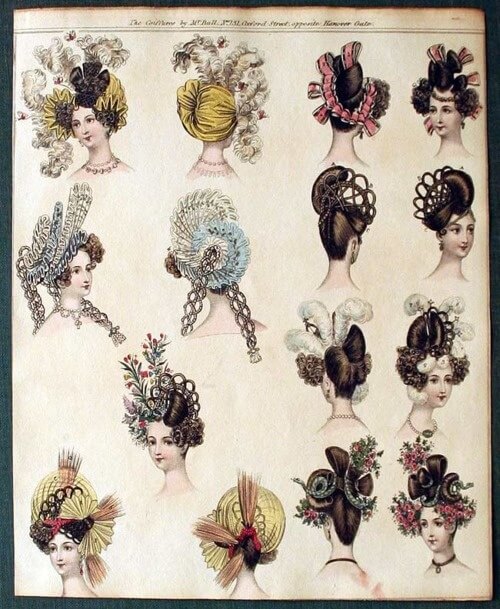 These are amazing, right?

It would be tempting to dismiss them as the work of an artist with an active imagination, but I recently read about wild hairstyles around that time period, so I’m inclined to believe these were actual hairstyles offered. And if you can believe it, these are reserved compared to their precursor.

The below hairstyle on Marie Antoinette is described in the charming book Encyclopedia of the Exquisite . Her hair was sculpted into a swelling body of water and held a replica of the French battleship La Belle Poule, which sunk an English frigate in 1778 and prompted her to wear this hairdo.

These hairstyles, called poufs, were made with scaffolding of wire and gauze and covered in real and fake hair set with flour and lard. Here’s an example of how they work.

Marie Antoinette supposedly wore one that rose 6 feet hight. They sometimes showcased full-on tableaus — the Duchesse de Choiseul once wore a rural landscape in her hair, complete with a stream and a tiny windup windmill. (No, I can’t picture how that works either.) The hairstyles were typically sported for a week and were obviously very difficult to sleep in. They even attracted vermin (ew).

Here’s one that’s especially mind-blowing, though I have to wonder if it was ever worn in real life. 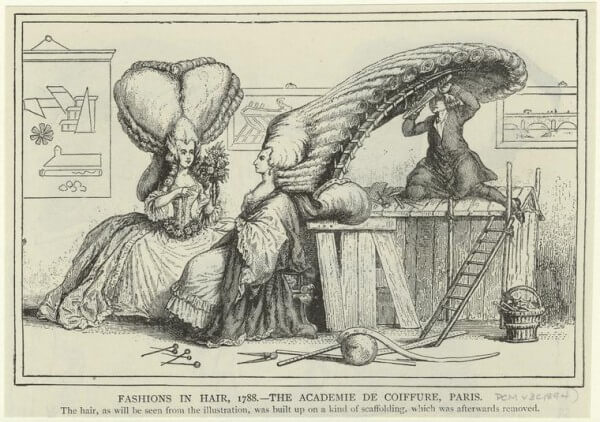 Wouldn’t you fall backwards from the weight?

Marie Antoinette’s excessive hairstyles grew increasingly unpopular, especially because they used flour, when many people were starving. You can see the frustration in drawings of the time. 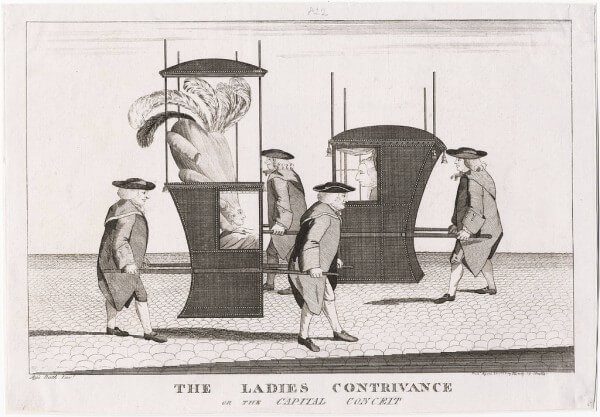 The Strange Eating Habits of Royals from the 1700s

Every Dress Ever Worn by an Oscar-Winning Best Actress [Infographic]