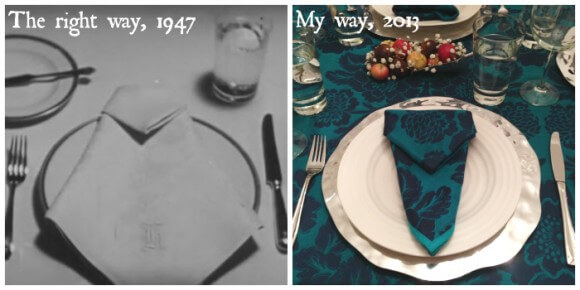 I came across this 1947 video narrated by Emily Post, and lo and behold, at 1:06 they show how the 1939 napkin fold I attempted is supposed to look.

I did it wrong.

The video is fun. There’s nearly 30 seconds before anyone even speaks! This was definitely not made for the attention-deficit YouTube generation.

Here are the parts I like best if you want to skip around.