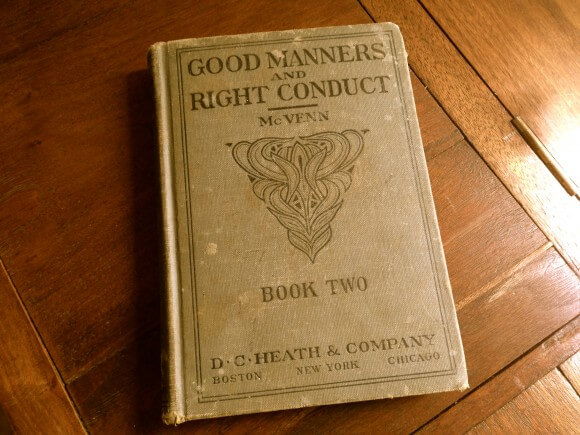 My mother very kindly bought me a box of etiquette books on eBay. This is one of them.

The first few pages are torn out, so I had to Google “Good Manners and Right Conduct Book Two” to find out some basic information about it. The book was copyrighted in “1918 and 1919,” and “McVenn” is Gertrude E. McVenn, whose credentials on the title page are listed as: Principal of Training Department, Philippine Normal School, Manila. I wonder how someone with the last name McVenn ended up in the Philippines?

The book’s official description on Internet Archive is: “To fill a long felt need for suitably graded and organized material to aid in ethical and moral training in the schools.”

And man, is it dull! It has lots of moral stories and little actual advice. And sometimes it has these little scenes to prove a moral point. Here’s a sample from the chapter called “A Lawyer’s Opinion”:

“Then tell me, what can I do for you, my friend?”
“I should like to get an opinion from you, as I think I have already told you.”
“An opinion! Please explain yourself!”

And so on. Nothing much gets said.

The moral of this story is: “Don’t put off till to-morrow what you can do to-day.” And it’s told via a farmer and a storm and some wet hay.

I don’t think I’ll seek out Book One.

I found the book interesting for reasons that had little to do with the writing and lessons it provided. For example, here’s the inside of it. 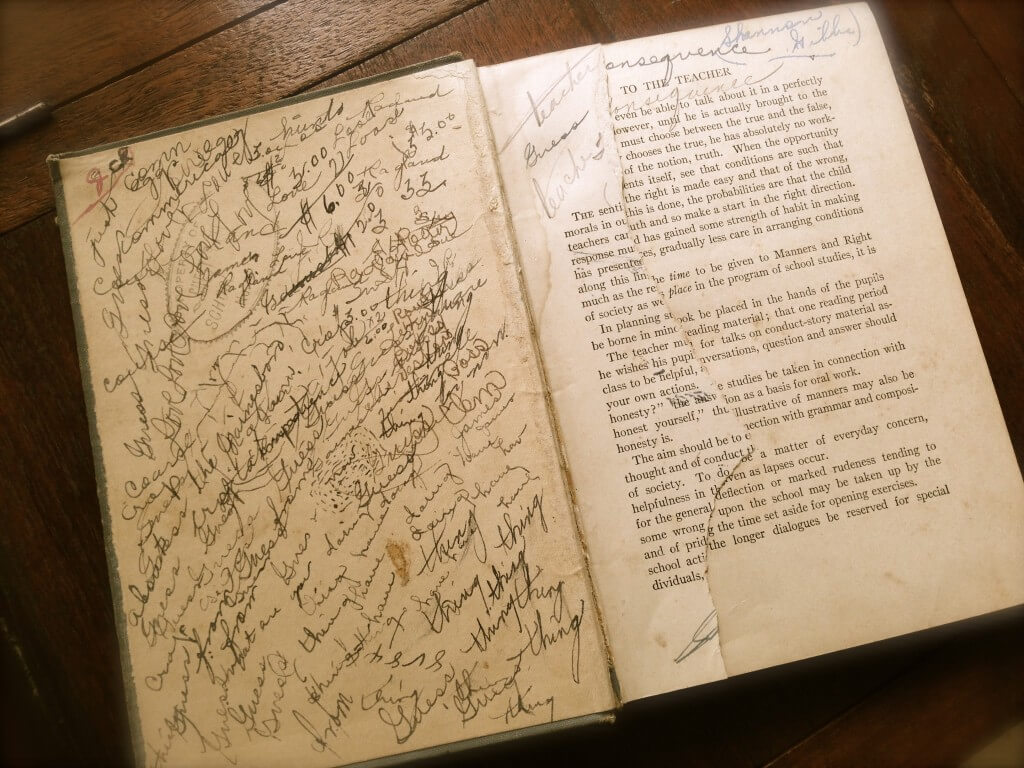 The marginalia is intriguing. On the inside of the front cover, the word “Guess” is written over and over again — always with the first letter capitalized. The word “thing” appears a lot too. I’d like to think this person was practicing their penmanship, but it’s hard not to wonder if they were deranged.

I was able to make out some scrawling that says Shannon Gibbs (in blue, top right), so I think the book belonged to her (and not a him). Unfortunately, it’s too common of a name for a fruitful Google search.

Flip to the “Table of Contents” and you’ll find the word “consequences” written out both with and without an apostrophe. Its kind of an ominous word to be writing over and over again and mostly upside down. 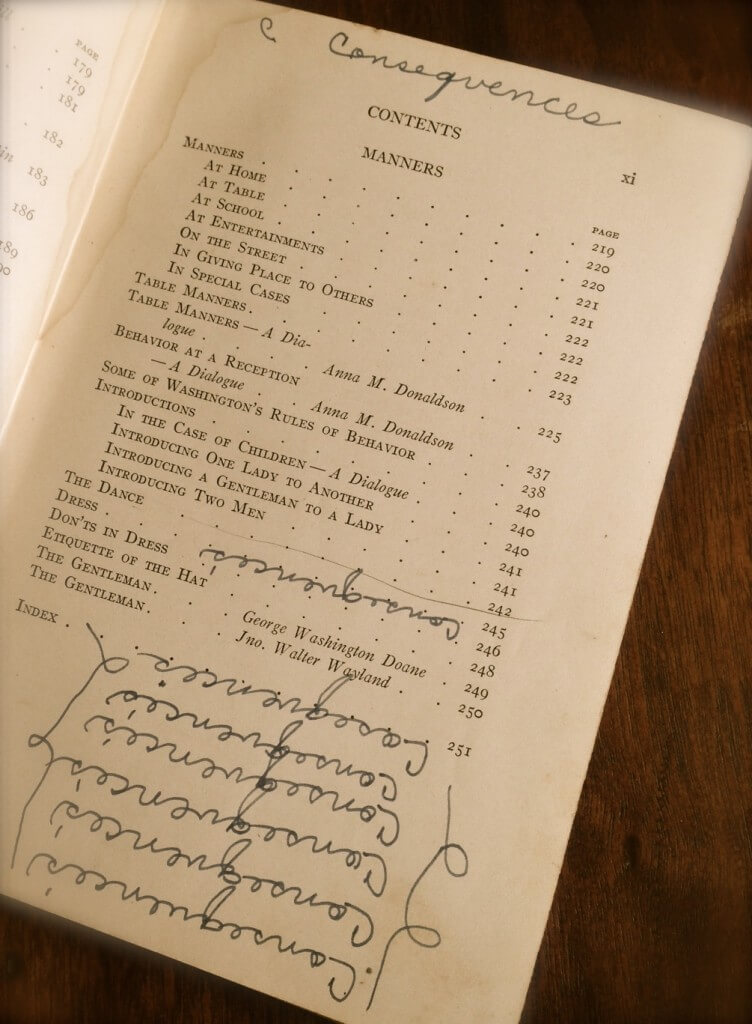 It’s all very The Shining. This is an early 1900s version of “All work and no play makes Jack a dull boy.”

And here’s the inside back cover. 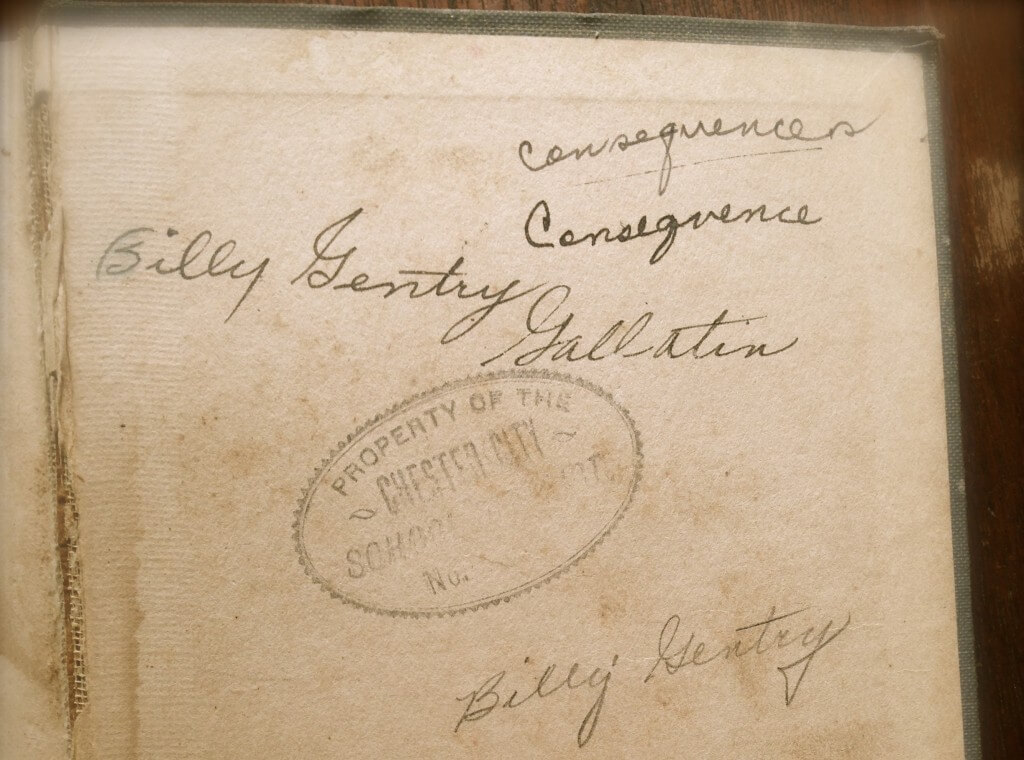 More “consequences”! Maybe Shannon had a thing for Billy Gentry (and hopefully wasn’t wishing consequences on him). A Google search leads me to believe that the Chester City in the stamp is now most likely Chester, Pennsylvania.

So, admittedly, I went down a bit of a rabbit hole with this one, and Googled “Billy and Shannon Gentry” on the off chance Shannon was able to snag Billy after all, but it didn’t turn up much. There’s also a Gwyn Nicnahey mentioned in the book, though I’m pretty positive my interpretation of the second name is way off. What do you think it is? (Maybe she’s Shannon’s arch enemy and/or Billy Gentry’s girlfriend?) 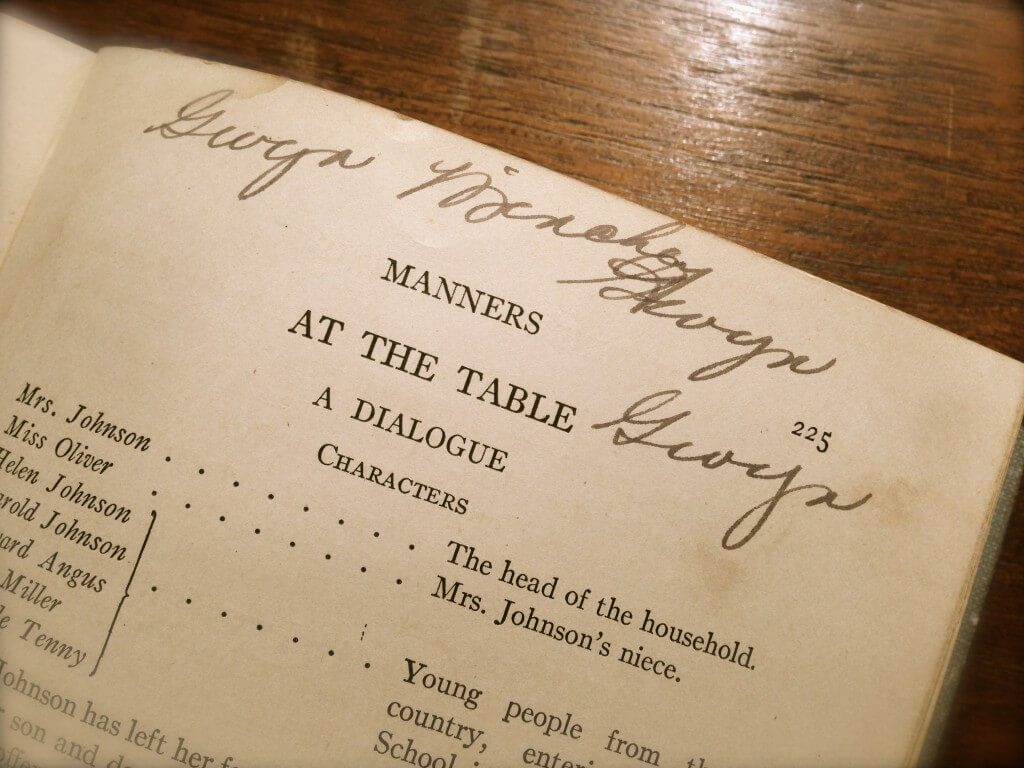 At least her name doesn’t have “consequences” written around it.