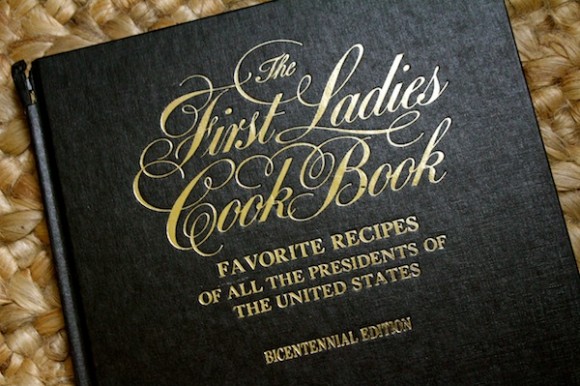 I recently bought a book called The First Ladies Cook Book: Favorite Recipes of all the Presidents of the United States, and it’s fascinating. It’s all about the different entertaining styles of all our presidential administrations up to President Gerald Ford.

Did you know that dancing, drink and food were forbidden at large events hosted by the Polk administration because Sarah Polk believed such things “lacked dignity”? (Yes, everyone was very bored at their events.) Or that President Abraham Lincoln was completely indifferent to what he ate, except for an abiding love of fricassee chicken?

It just seemed natural for me to bring a dish from this book when I was invited to a Passover potluck. I needed something easy because it would be a weekday, kosher because it was Passover, weird enough to be noteworthy but not so weird people wouldn’t eat it. So I decided against the pineapple dish with cream cheese squirted all over it, courtesy of the Coolidge Administration (1923-1929). 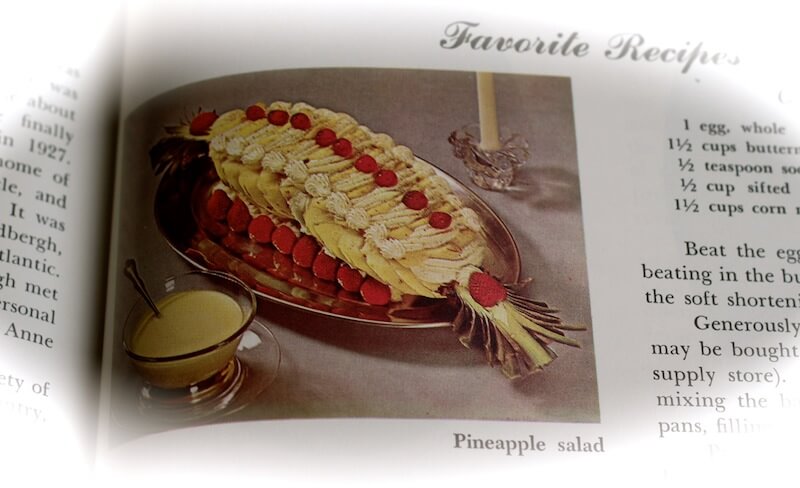 A few notes about President James Buchanan, president from 1857-1861: 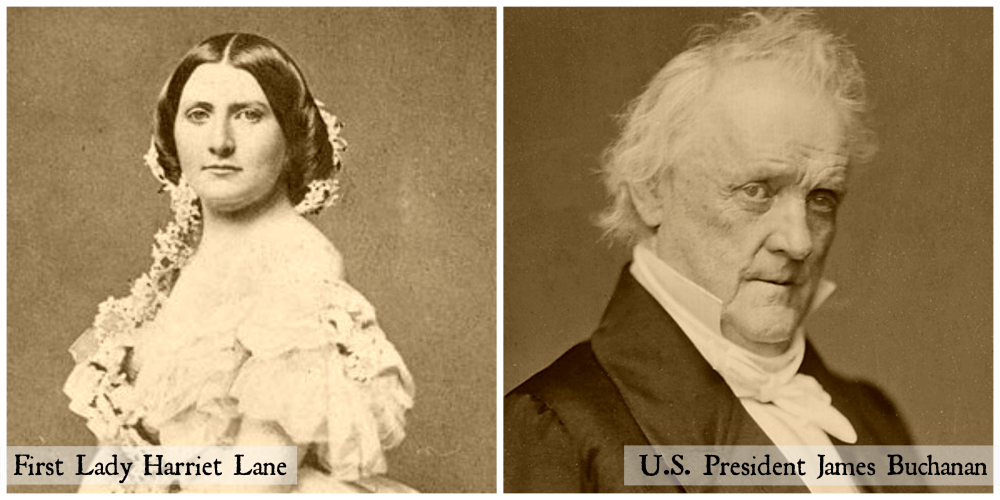 The one thing lacking about my new favorite book is that it rarely gives context to the recipes. Were apples stewed in candy a favorite of the president growing up, or was this simply a very chic dish in the 1850s?

My husband thinks it sounds about right that a lifelong bachelor would be requesting side dishes cooked in junk food.

As bizarre as this dish sounded to most people at the Passover dinner we attended, it was actually familiar to me. My grandmother used to melt Red Hots and add them to applesauce when she wanted an extra side dish at the table that felt special but wasn’t any trouble.

This dish I made for Passover was easy, though slicing up a bunch of apples always takes some time, and people enjoyed it more than I expected. It was quite a conversation piece too (and good on pancakes later that week)! 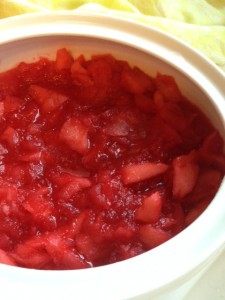 Pare and core the apples.

Boil sugar, water and cinnamon drops. When cinnamon drops dissolve, slowly add the apples one at a time. Cook over low flame until tender. When tender, remove apples from syrup.

Boil syrup until it falls heavily from a spoon. Then pour over the apples.

For Ernest Hemingway’s hamburger recipe and more, check out my Retro Entertaining Pinboard.