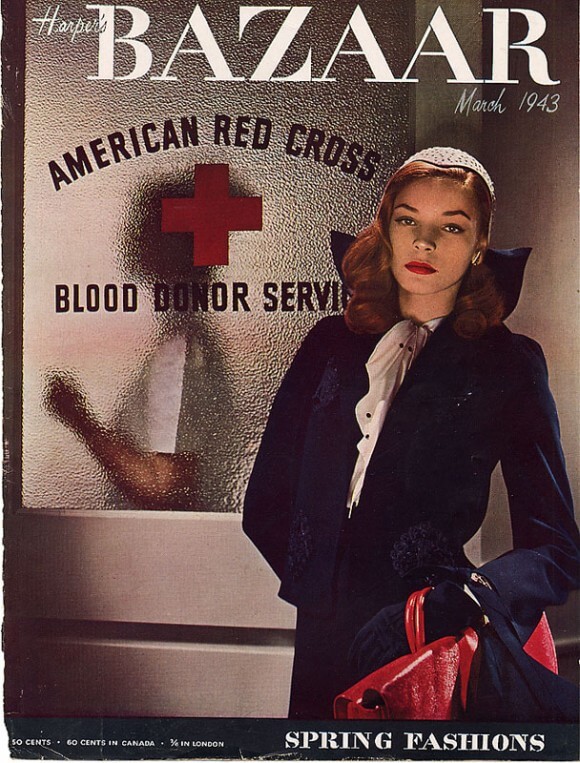 She was an unusual selection as a model at the time, when there was a preference for curvier models.

Director Howard Hawks saw the cover, put her under contract, and she then starred in 1944’s To Have and Have Not with her eventual husband Humphrey Bogart.

She was known for her husky voice and speaking her mind — she even protested against the House Un-American Activities Committee.

She died today at 89-years old. RIP to an original, Lauren Bacall.

The Etiquette of Asking a Celebrity for a Selfie
Comments: 0 Posted by: Retroette Categories: Something Old Tags: 1940s fashion, cool ladies, retro magazines