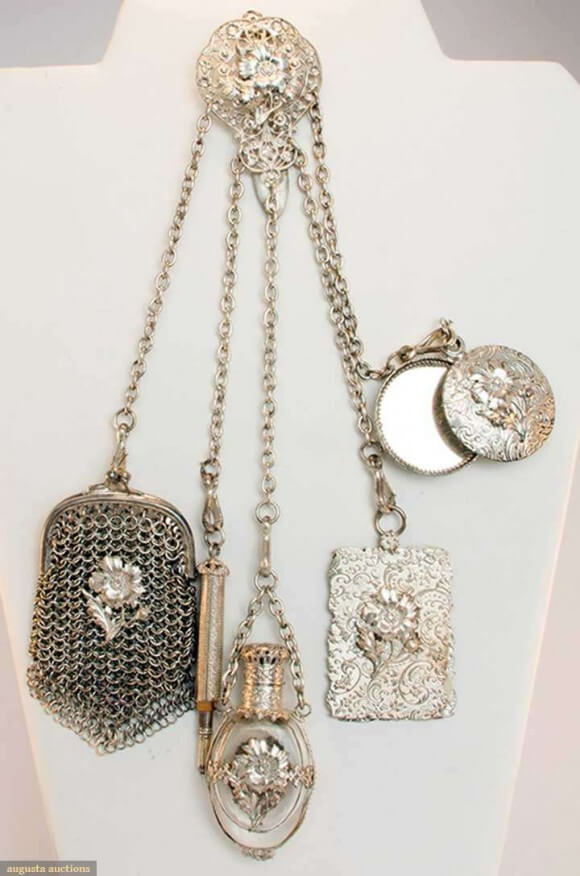 I don’t really believe in bringing chatelaines back (where would we put our cell phones?), but I’m pretty charmed by them.

They were originally utilitarian — the woman of the household would wear a brooch attached to her waistband with all the keys hanging from it.

Or a seamstress might have the little tools she needed to sew, tiny scissors and whatnot. There were even chatelaines for pursuits like archery. (But what in the world would that involve? It’s not like they could attach arrows to chains have them hanging all around their dress.) 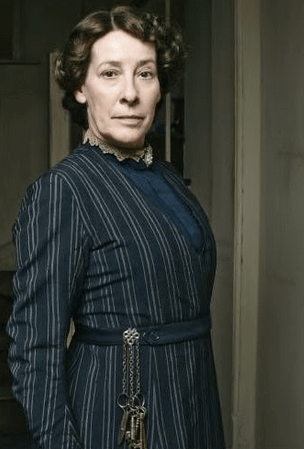 They were originally called “equipages.” Equipages appeared in the 16th century, and initially they were just chains that held a woman’s watch. (Watches were invented around 1510.) But they soon went from a way for a woman to carry a watch to multiple items attached by chains. They were first called “chatelaines” in the early 1800s — named after “La Chatelaine,” or the female head of a French household who was in charge of the keys to the home. Around this time, some chatelaines began to be made as more of a fashion statement.

The one at the very top is a fashionable chatelaine. It includes a tiny mesh purse, pencil, perfume vial, notecard & mirror. For some reason, I envision this would be worn to the opera, but I suppose it would need a little pair of glasses for that to be the case.

It was rare for a woman to be photographed with her chatelaine, but here’s one such photo. 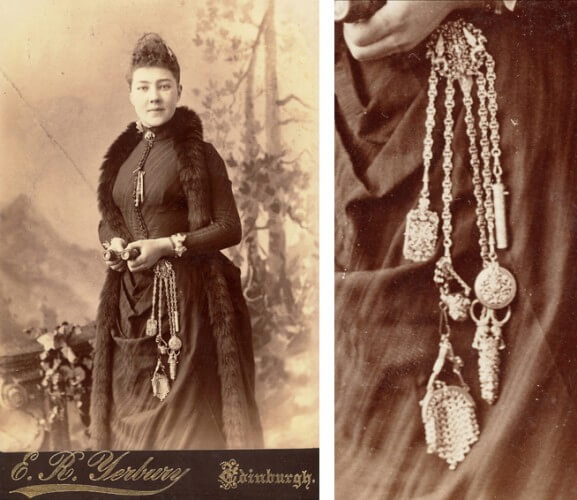 Check it out: Her chatelaine is so similar to the first photo up top, I had to do a double-take. It’s not the same, and in fact, this is a needlework chatelaine. But evidently, those teensy mesh purses were popular chatelaine accessories.

I’ve read that it’s hard to find antique chatelaines with all their original accessories, which makes such finds valuable to collectors.

I went down the chatelaine rabbit hole thanks to Pinterest. You can go do down plenty of your own (very fun!) rabbit holes on my Retro Things pinboard.

The Few Occasions You Can Text a Thank You
Comments: 0 Posted by: Retroette Categories: Something Old Tags: 1600s fashion, 1700s fashion, 1800s fashion

← My Most Personal Blog Post
On Being Polite to Impolite People →