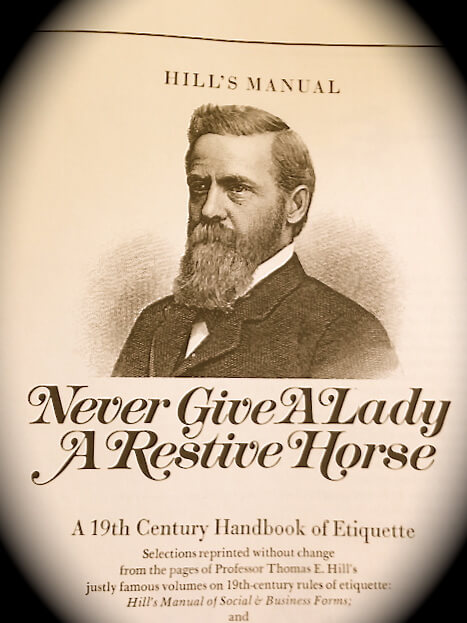 I picked up a new etiquette book at Powell’s Books during my recent visit to the Pacific Northwest (to celebrate my husband’s and my first anniversary)! The book is called: Never Give a Lady a Restive Horse: A 19th Centure Handbook of Etiquette. It’s selected reprintings from the “justly famous” books of Professor Thomas E. Hill. I assume the art is a reproduction as well, but there’s not a single mention of it.

Here’s a little historical context from the book’s preface (supplemented by Wikipedia) on 1873:

People were really into the idea of being told exactly how to behave at the time, the preface tells me this too, so the book sold well: nearly 400,000 copies, equaling Robert Louis Stevenson’s Treasure Island.

There are a lot of fun pictures in this book. Here are some of my favorites. 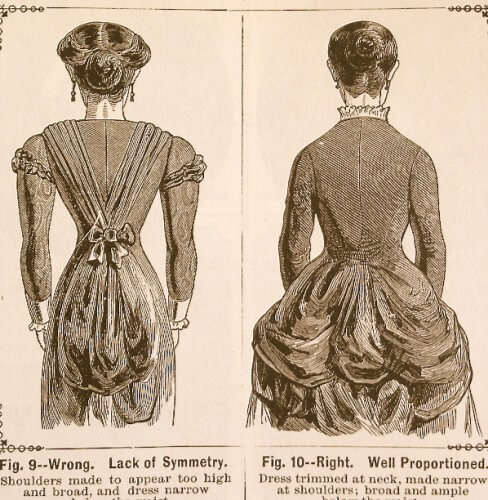 The left looks like the Victorian version of the 1980s shoulder pad look. It’s “wrong.” 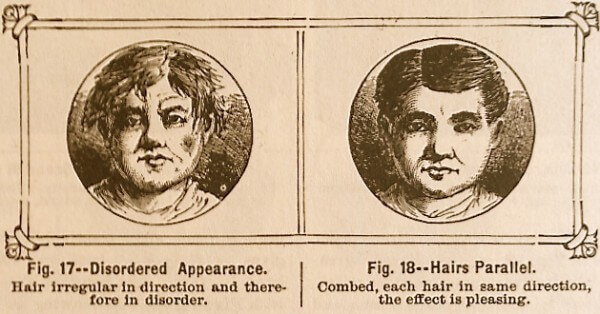 This is “Johnny’s head, as he appears at breakfast.” I like how uncombed hair means you also have dirt on your face. 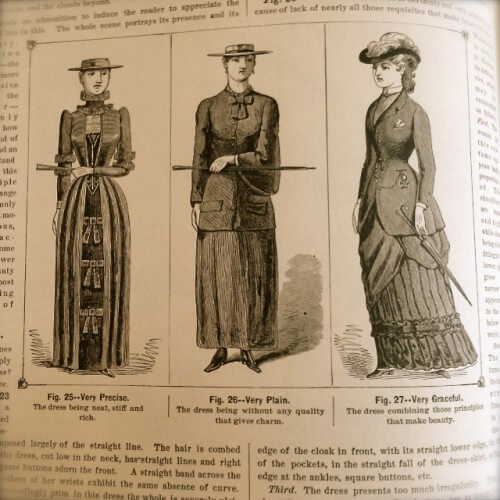 Hill really dislikes the look in the middle and lists four reasons why it’s “not very attractive” — “First. The woman in this costume appears badly proportioned.”

Side note: Doesn’t she look a little like Mary Poppins?

It’s worth nothing that many of the Victorian etiquette books have very large sections devoted to appearance — sometimes roughly half the book. It strikes me as odd, but to be fair, even now, our appearance is always a part of whether a group accepts us. 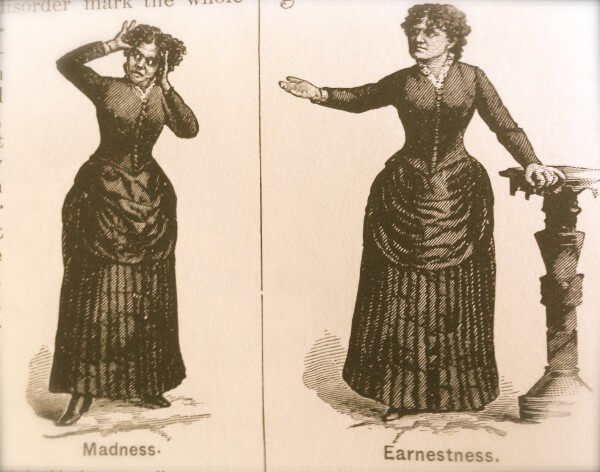 This is in the “Woman’s Gesture in Oratory and Elocution” section. (I love “madness.”) It follows a really interesting section on how “woman has beaten her way to front” after so much repression. Despite Hill’s language, he seems in favor of the advancement of women as later he says a woman can be a doctor or a preacher and still be a mother and wife.

I’m a little confused why this section is followed with 12 sketches of acting poses, especially since acting isn’t mentioned in the section on women in the work force, but it could be a weird cut on the part of the 1969 edition. 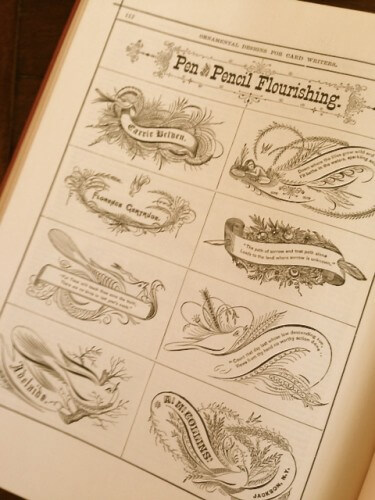 I think these pen and pencil flourishes are kind of amazing. We should bring them back. 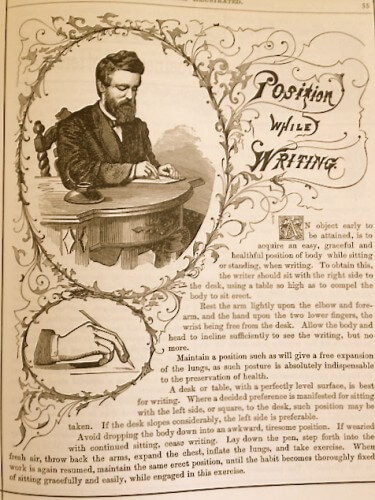 In fact, this whole page is dedicated to the best position while writing, which strikes me as both quaint (writing! with a pen!) and yet not too different from today as we seem very focused on how to maintain health while sitting in front of a computer all day. At one point, Hill says, “If wearied with continued sitting, cease writing. Lay down the pen, step forth into the fresh air, throw back the arms, expand the chest, inflate the lungs, and take exercise.”

While this will be hard for Professor Hill to fathom, I have a little wristband — my Jawbone UP — that vibrates if I’ve been sitting too long. It’s recommending I move around after long periods of sitting, just like Hill does.

I may have to return to this book. I didn’t even get to “Bad Habits of Horses” and “Late Styles of Fashionable Carriages and Sleighs.”

Check out more Retro Etiquette on my Pinboard.