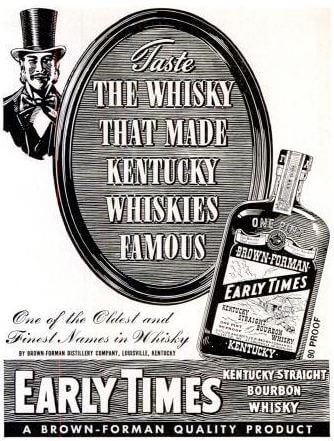 Kentucky Derby weekend is upon us!

I went to the Derby once and spent the whole race in the area where the jockeys were. It was a lot of fun, but sadly I didn’t drink any mint juleps because I was getting over some sort of ailment.

To be at the Kentucky Derby and not drink a mint julep is a sad, sad thing for me. Those who know me well know that I’m a bourbon girl through and through. I was ridiculously close but no cigar (or mint julep).

Anyhow, check out this vintage whiskey ad! A few things:

A Vintage Coke Ad That Covers All the Bases