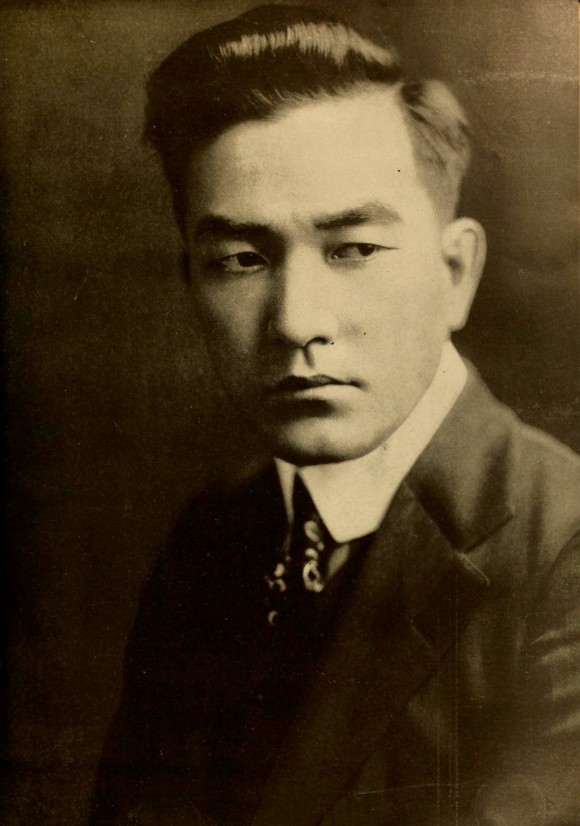 Meet Sessue Hayakawa, an extremely famous Japanese actor during his day, pictured above in 1918.

His fame rivaled Charlie Chaplin during his peak, and he was one of the highest paid actors in the 1910s at $5,000 per week and $2 million a year through his production company. And we’re talking full-on leading man in American movies — always with white women as romantic interests, which caused a fuss among some. According to Wikipedia, he was even the first Hollywood sex symbol for women.

How did this guy get lost to history?

Once silent movies became talkies, Hayakawa had a harder time getting work as he had a thick accent. But he turned things around by becoming a character actor, eventually appearing in Bridge Over the River Kwai, which earned him an Oscar nomination.

Toward the end of his life, he became a Zen Buddhist priest — and gave private acting lessons on the side.