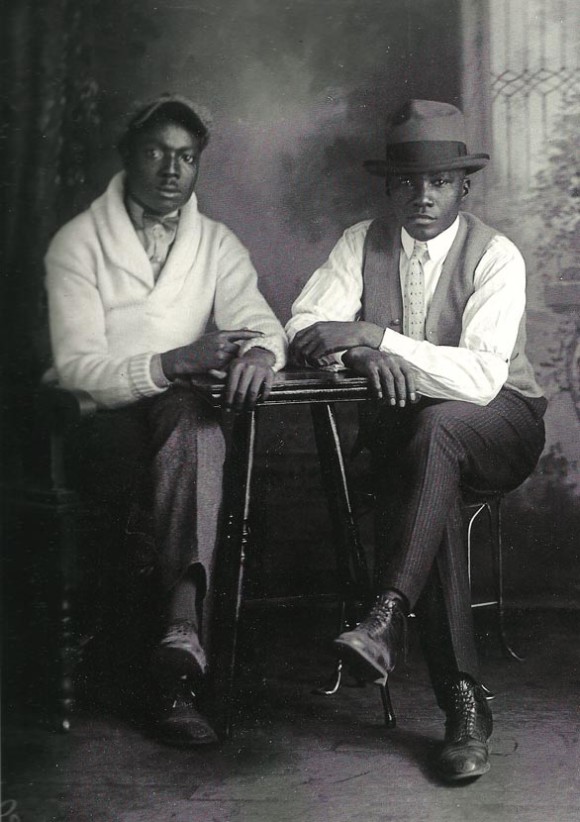 Both men in this 1930s photo are stylish, but I have to get special props to the man on the left with his shawl collar sweater, bowtie and newsboy cap. It’s not a look I can say I’ve seen before, but he is for sure pulling it off.

This photo appeared in A True Likeness: The Black South of Richard Samuel Roberts, 1920-1936. The photos are portraits from Roberts community in Columbia, S.C. and depict their style and day-to-day lives.

Roberts is pretty impressive. He was an entirely self-taught photographer and studied photography outside of various day jobs, from dock worker to fireman. He eventually rented a studio, working as a postal custodian from 4 a.m. – 12 p.m., and then took photos after work.

I’ve been feeling extremely pooped after worked lately, so I give this guy major credit for holding down two jobs — one that pays the bills and one he loves. That’s no small feat.