Other Radio Program Sensations Besides Serial 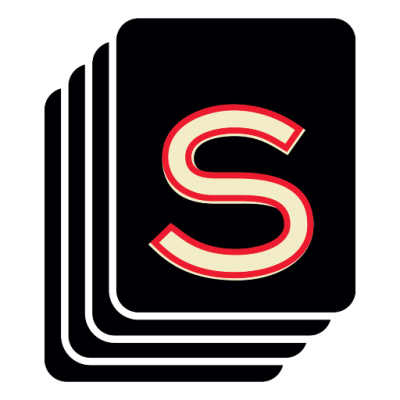 Like many, I’m obsessed with Serial and am eagerly anticipating its final episode this week.

It’s intriguing to me too that such an “old-fashioned” form of entertainment can still engage audiences like Serial has.

In honor of the season finale of Serial, here are some vintage radio programs that were sensations of their own. 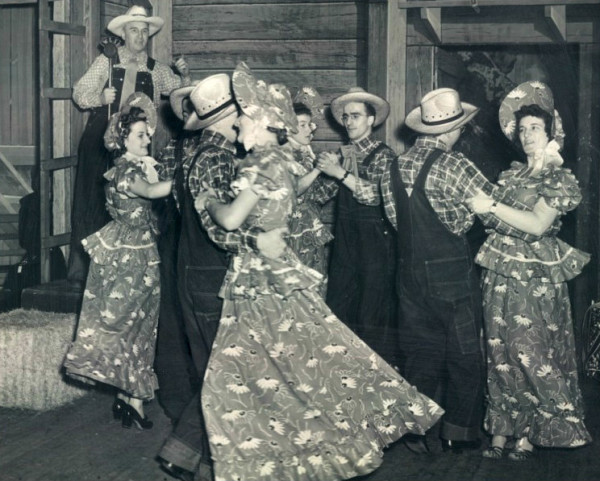 I’m going to start with a shout-out to the famous radio program from my home state. The Grand Ole Opry started as the WSM Barn Dance in 1925. The program is credited for making country music famous and Nashville, Tenn., the “Country Music Capital.” It still airs and is one of the longest-running radio broadcasts of all time. It has featured Minnie Pearl, Dolly Parton, Elvis Presley, Carrie Underwood, and so, so many more.

Listen to the Grand Ole Opry. 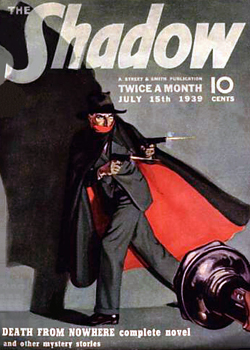 Originally, “The Shadow” was the mysterious narrator of radio program Detective Story Hour, which debuted in 1930. Publishers developed the radio show in hopes of boosting sales of pulp magazine Detective Story Hour. The show began with the now-famous phrase: “Who knows what evil lurks in the hearts of men? The Shadow knows!”

It soon became clear that listeners were more interested in the narrator than the stories as there was an influx of requests for The Shadow magazine, which didn’t exist. So The Shadow Magazine debuted in 1931. The title character was depicted as a crime-fighting vigilante with psychic powers. Detective Story Hour went off the the air in 1935 but returned as The Shadow in 1937 with a 22-year-old Orson Welles as the narrator. Various men voiced The Shadow over the years, which ended its run in 1954.

Listen to The Shadow. 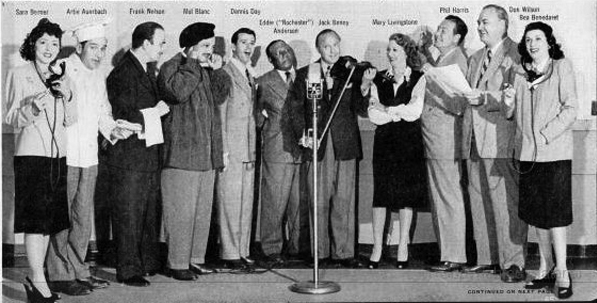 The Jack Benny Program, a comedy variety show and one of the most popular radio programs of all time, began as The Canada Dry Program in 1932. At the time, radio programs were often named for their sponsors, and the name changed many times as it was subsequently sponsored by Chevrolet, General Tires, Jell-O (it began bearing the name of its star here: The Jell-O Program Starring Jack Benny), Grape Nuts and Lucky Strike. Eventually using the sponsor’s name fell out of favor, and the show became The Jack Benny Program.

In 1949 the program debuted on TV as well, while still airing on radio. It kept its name as is, though typically radio entertainment were referred to as “programs” while TV favored the word “show.” The radio program ended in 1955, and the TV show ended in 1965.

Listen to The Jack Benny Program. 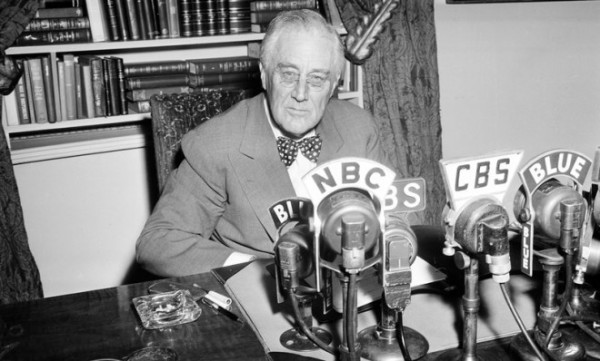 President Franklin Roosevelt used radio in an innovative way when he decided to use it to speak directly to the public in a friendly, casual way. From March 1933 to June 1944, 30 of his speeches were broadcast, which covered topics ranging from unemployment to fascism. These speeches became known as “fireside chats,” though in reality Roosevelt sat at a desk and spoke into microphones.

War of the Worlds 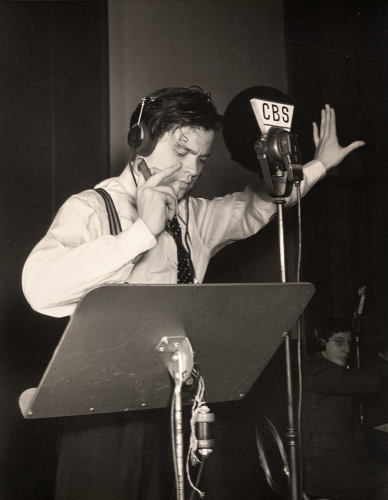 This live, 60-minute broadcast aired as a Halloween special on October 30, 1938 and was presented mostly as a series of news bulletins. An introduction at the beginning of the show announced the alien invasion story as fiction, but many missed the introduction, contributing to panic when people tuned in late and thought the bulletins were real. (Some claim reports of a panic are overstated.) Orson Welles was the narrator and director of the show, and it launched him into stardom.

Listen to War of the Worlds.

Please share other noteworthy radio programs in the comments!