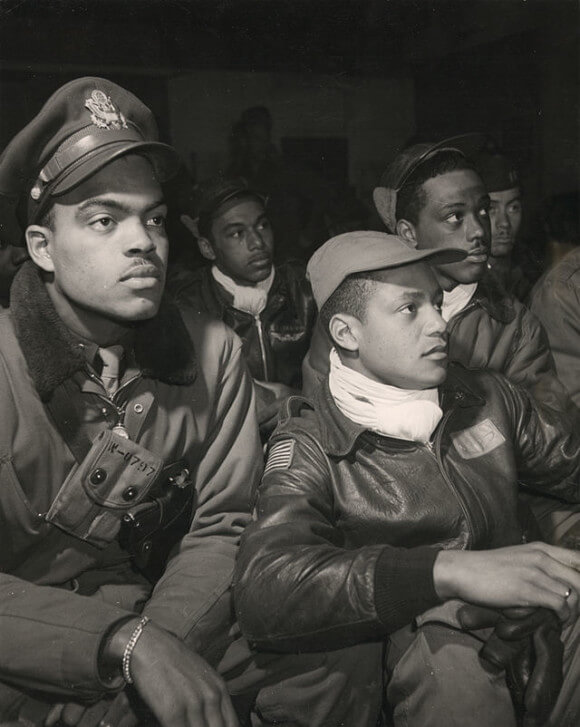 There’s something about a man in uniform, no?

Here we have a 1945 photo of Tuskegee Airmen 332nd Fighter Group pilots attending a briefing in Italy. These men were the first African-American military aviators in the United States Armed Forces. Because they were the first black U.S. fighter pilots, they were subjected to an especially stringent selection process. Only experienced pilots or individuals with a higher education could apply. These individuals also took some of the first standardized tests, developed as part of the application process.

The Tuskegee Airmen are considered some of the best U.S. pilots during World War II.

An article appeared in March 1945 claiming the group had never lost a member to enemy fire. It perpetuated a myth that was later discovered to be untrue.

They were collectively awarded a Congressional Gold Medal in 2007.