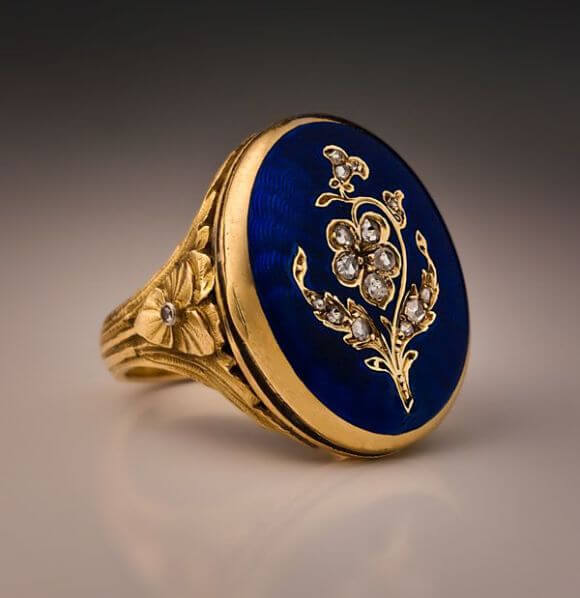 Poison rings sound so ridiculously wrong that it’s hard not to be a little delighted by them. These are actual rings! That people carried poison in!

To be fair, these locket-like rings didn’t always carry poison. Sometimes they held tiny portraits, notes or mementoes of loved ones. In fact, mourners wore a version called funeral or mourning rings that sometimes came in the shape of caskets.

But let’s get back to the poison. Lang Antiques provides this explanation of poison rings:

A decorative concealment for a tiny photo of a loved one or to hide poison, preferably in powdered form. In the latter case, loosen the clasp and when your victim is unwary, simply turn your hand over and deposit the cyanide, arsenic or poison of your choice into his or her champagne glass.

Lucrezia Borgia, who belonged to a powerful Italian family in the 1400s, is probably the most famous proponent of poison rings. Or at least, there’s unsubstantiated rumors that she regularly put them to use at family parties. (If I were invited to a party by Lucrezia, I’d decline.)

But the poison wasn’t always for your enemies — it could be intended for yourself, if you got caught in a truly terrible situation and needed an immediate and permanent out.

Nearly all the rings below are from the 19th century, but these rings were most popular in the 16th century.

Let’s take a look at both poison and mourning rings. I’ll start with a pretty one. 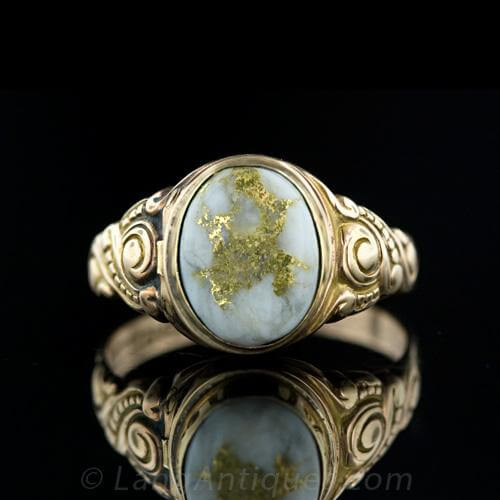 This is a gold quartz poison or locket ring made, circa 1880s. That center bit just pops right open. (Lang Antiques) 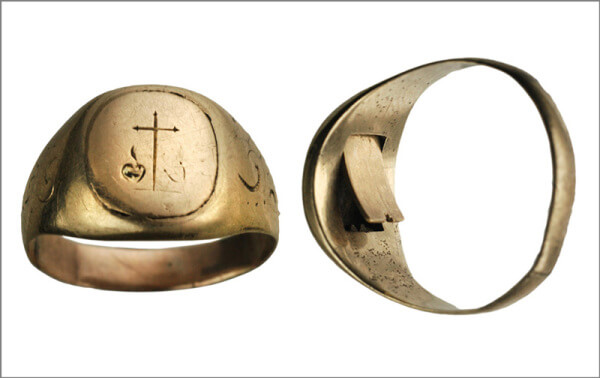 This ring from the late 1800s comes from Erie Basin, who says this about it: “This one seems truly sinister. The compartment is concealed behind the face of the ring, and pops open by depressing one side of the door.”

This strikes me as not well-thought-out by the makers. You’re supposed to remove the ring, access its trapdoor then slip the poison into someone’s drink unseen. Seems like a lot to do when you’re trying to be sneaky.

One commenter on the original source of this image believes this is a reliquary, used to hold a chip from a saint’s bone. (Equally creepy.) 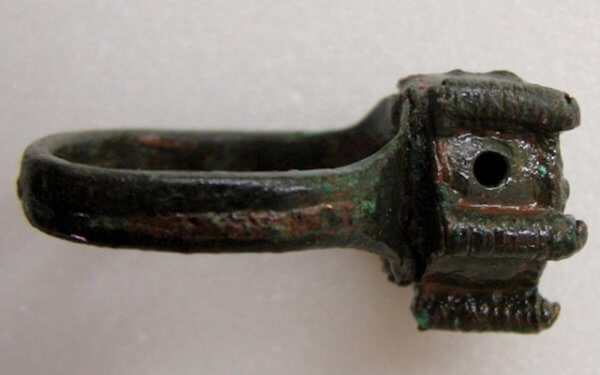 Now this recently discovered medieval bronze ring from the 1400s is far more practical. The hole is placed so your neighboring finger will cover it. At the right moment, just move that neighboring finger away and tip the poison into the drink.

It’s believed to have been used by Bulgarian noble Dobrotitsa and could explain a series of mysterious serial murders of aristocrats during the time period. (Photo via Kavarna Municipality) 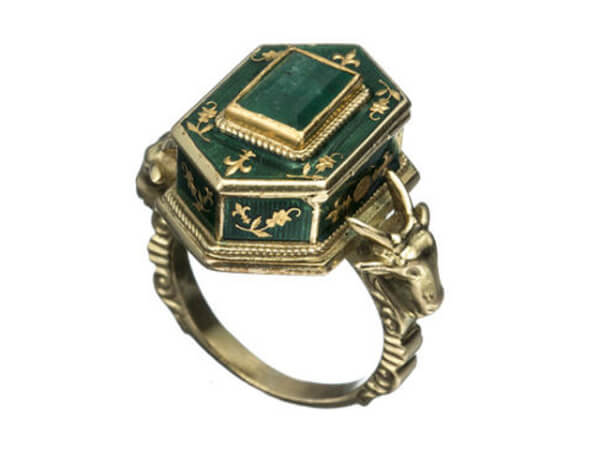 I thought this enamel, gold and emerald casket-shaped ring might be a funeral ring, but it’s labeled a Victorian-era poison ring. The ram’s head on the side is an occult symbol!

This came from a really great article in Collector’s Weekly where they interviewed jewelry historian Monica McLaughlin, who writes a column for The Hairpin. 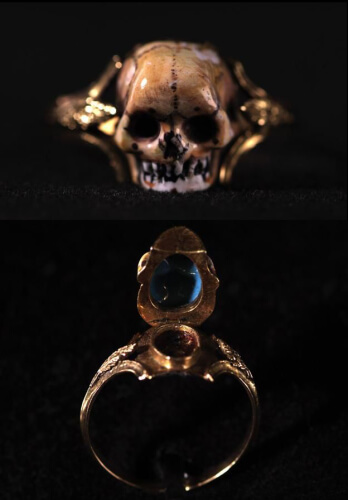 When I first saw this one, it seemed a little on-the-nose for a poison ring. How terrified would you be if you were seated at a dinner party next to someone wearing this in olden days? 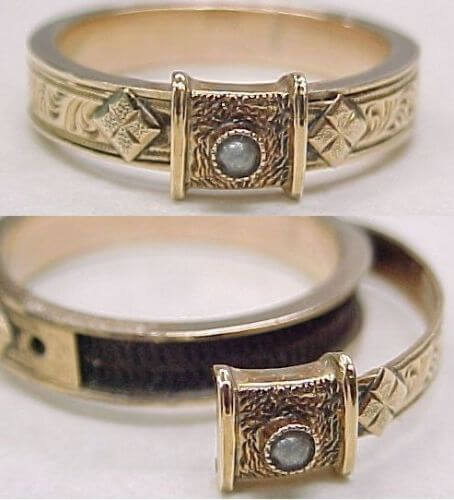 Here’s another mourning ring, which hides hair inside its secret panel. The gold piece with seed pearl was made between 1860 and 1880. (Ruby Lane)

I stumbled upon upon poison rings much like I stumbled on chatelaines, via Pinterest. You can check out more weird finds on my Retro Things Pinterest board

Top photo is of a 1890 locket or poison ring via Romanov Russia.